The Northern Branch was established in September 1999 and our membership is now over 150. Our members are drawn from a large area: from Edinburgh to Sheffield, and from Hull to the Isle of Man, though the majority are resident in Yorkshire and Lancashire.

We are fortunate to have as our patron Dr Bill Hutchings, Honorary Research Fellow, Faculty of Humanities, University of Manchester. 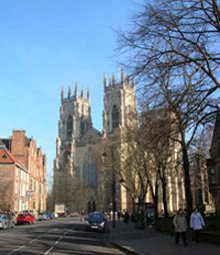 York, the venue for
many of our events

Primarily we meet in Leeds or York, but we have our summer outing at different venues around our membership area. These have included Newby Hall, Sledmere and Richmond in Yorkshire; Renishaw, Chatsworth and Lyme Park in Derbyshire; Tatton Park in Cheshire; Constable Burton Hall near Leyburn and the Historic Quay at Hartlepool. This summer we visit Godmersham Hall near Knaresborough in North Yorkshire.

We have five or six meetings per year. These may include one or two lectures, a Study Day, a discussion group and our AGM, with a guest speaker. We also try to include a slightly more unusual event. So far these have taken the form of two Georgian meals and six costume presentations. The latter have included a visit from one of Wellington’s soldiers, and a range of costume presentations from the Georgian period.

We also annually publish three editions of our magazine, Impressions, a lively mix of erudite and light-hearted articles submitted by our members. 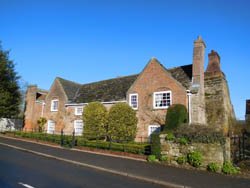 Membership is £5 per year for individuals and £8 for two people in a household who receive just one copy of the publications and event information.

For further information about the Branch and its activities, please contact us via north@jasoc.org.uk